Earlier in the year, our Club Secretary, Mike Lowndes, came up with a cunning plan; a photographic competition for club members with the following criteria: entrants had to submit a portrait of themselves taken during a ride and wearing OCC kit. Artistic and technical ability were not a requisite for success, but the more spectacular or epic the location, the better. (No coincidence, therefore, that Mike would soon be packing his lycra and heading to the southern hemisphere for a few weeks).

What Mike had not bargained for, however, was the competitive spirit of OCC members and within days the entries began to come in, each location more exotic than the one before. Sadly, only one person could top the podium and walk away with the prize of a £30 Wiggle Voucher and now that the judges have deliberated, cogitated and digested, the lucky winner can be revealed! 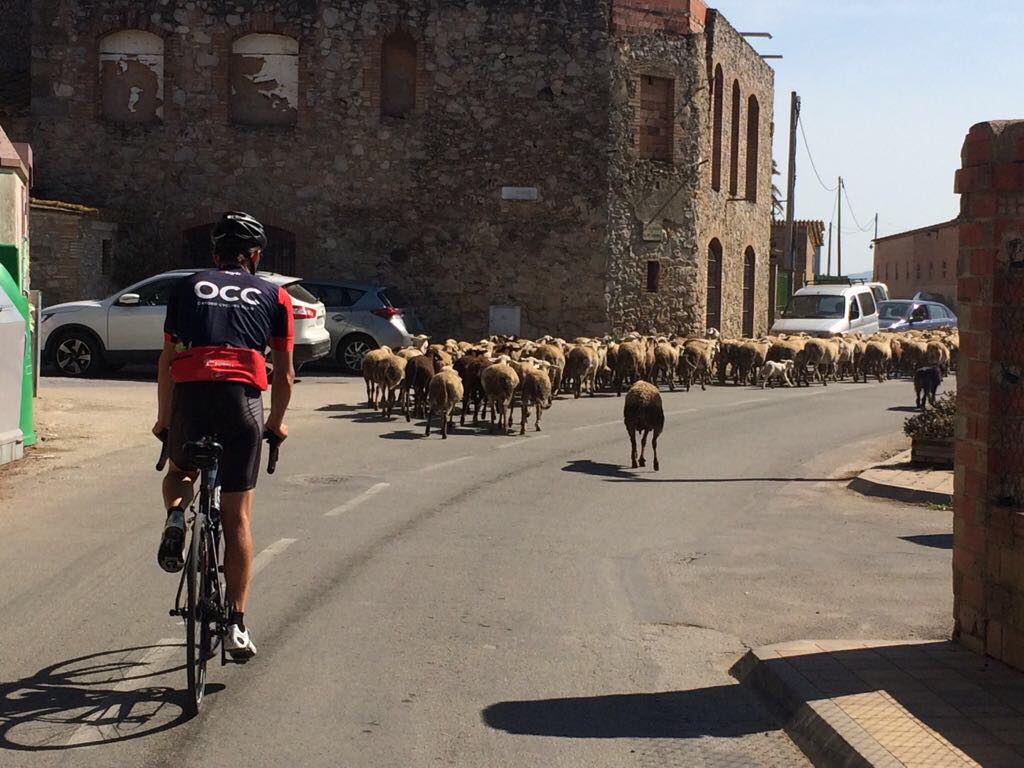 Commended – Paul Honeybone
With a coyote and some deer for company, plus the ever present threat of being chased by a bear, Paul still managed to climb to 3145 metres in the Sante Fe National Park, New Mexico. 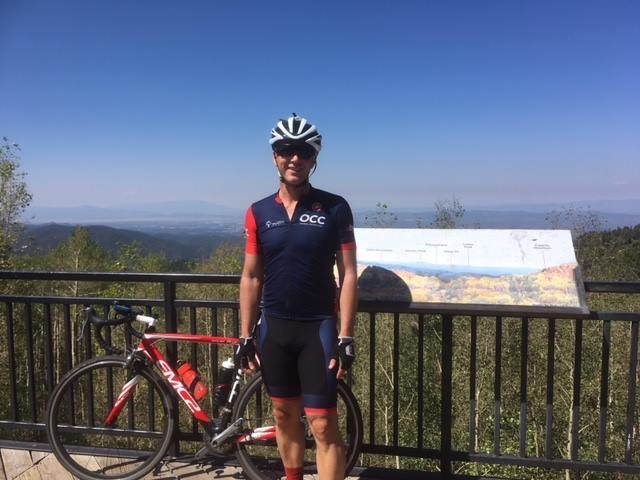 Commended – Tom Chapman
A gong to add to the trophy cabinet having completed the Velothon Wales challenge. 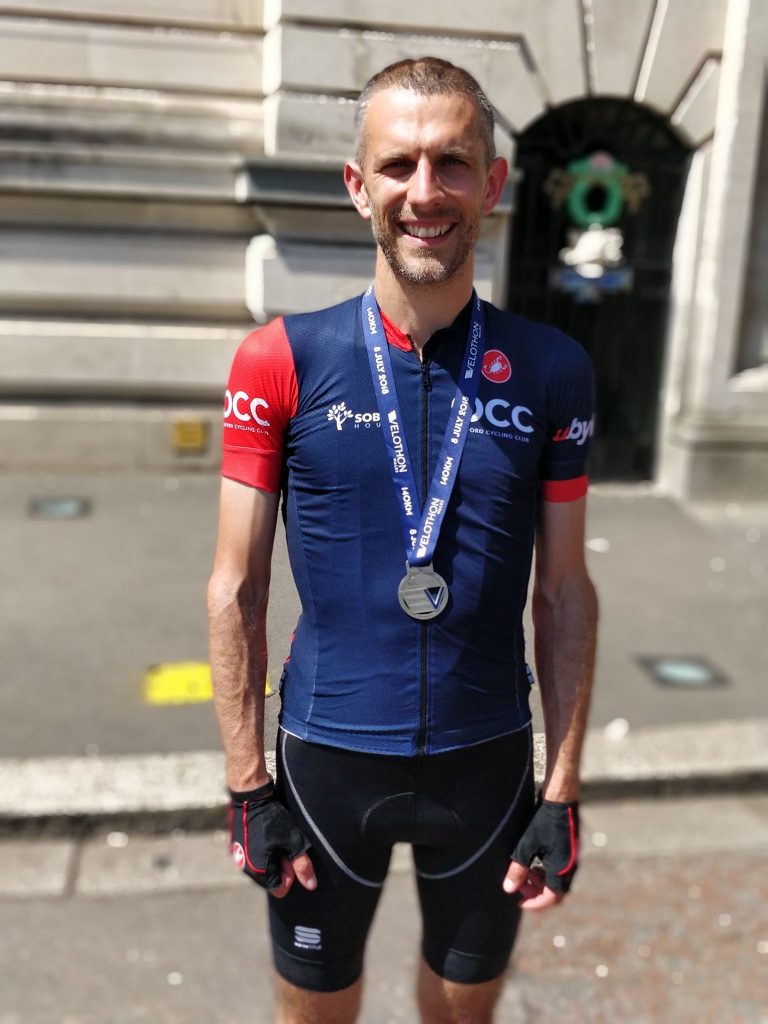 Commended – Jonathan Mason
OK, no OCC jersey on display, but given that Jonathan finished the 171km/5000m  Marmotte GranFondo in under seven hours ( 6.57.33 to be exact – a time that secured him 10th place in the 40-44 age category and an overall finishing position of 210 out of 7500) we thought it only right that he received an honourable mention. Not bad going for a rider who regularly struggles on the club run. 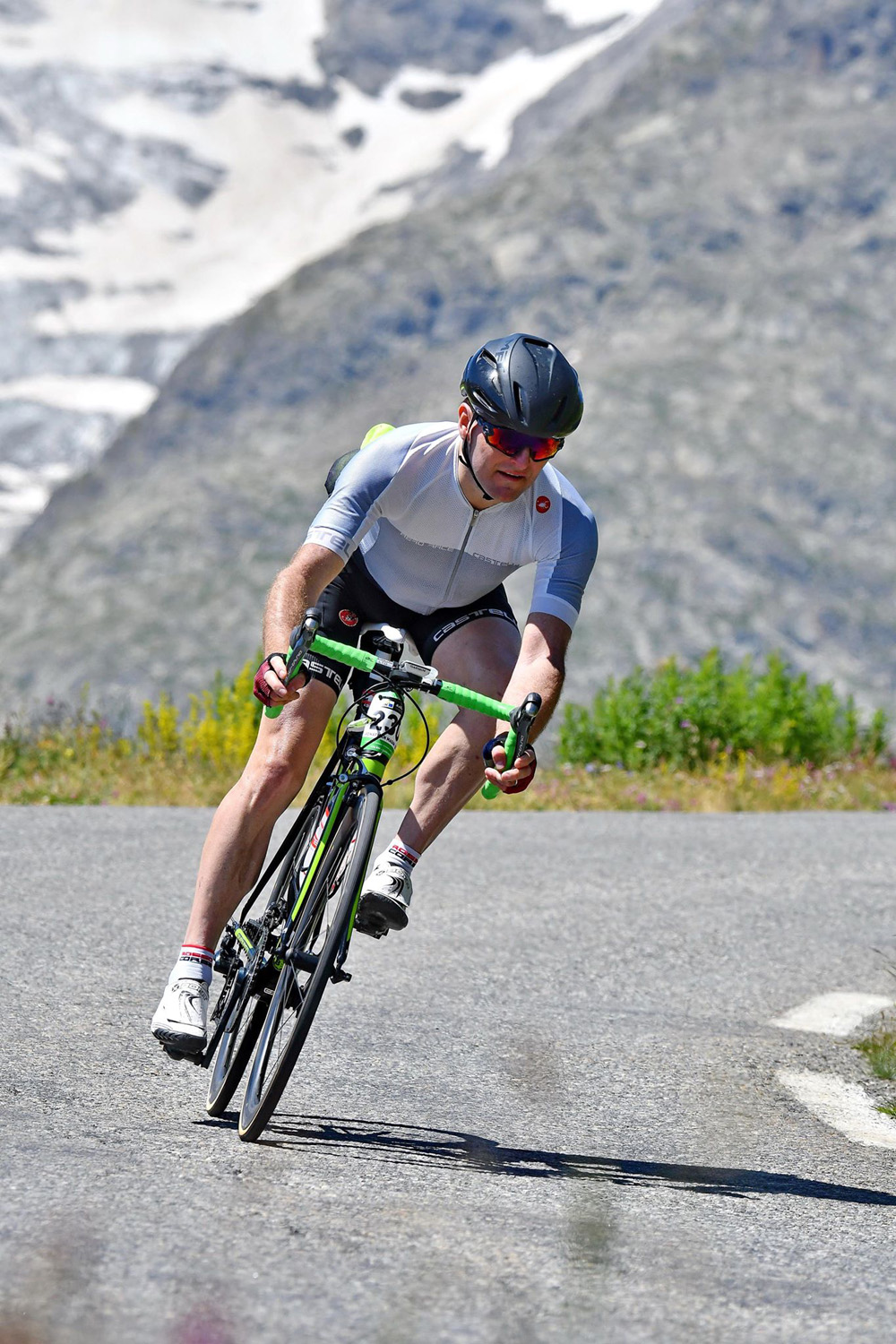 Commended – Mike Lowndes
One of several entries from the Club Sec, seen here sharing some post-ride chat with his new cycling buddies from Musettes CC, in Melbourne, Australia. 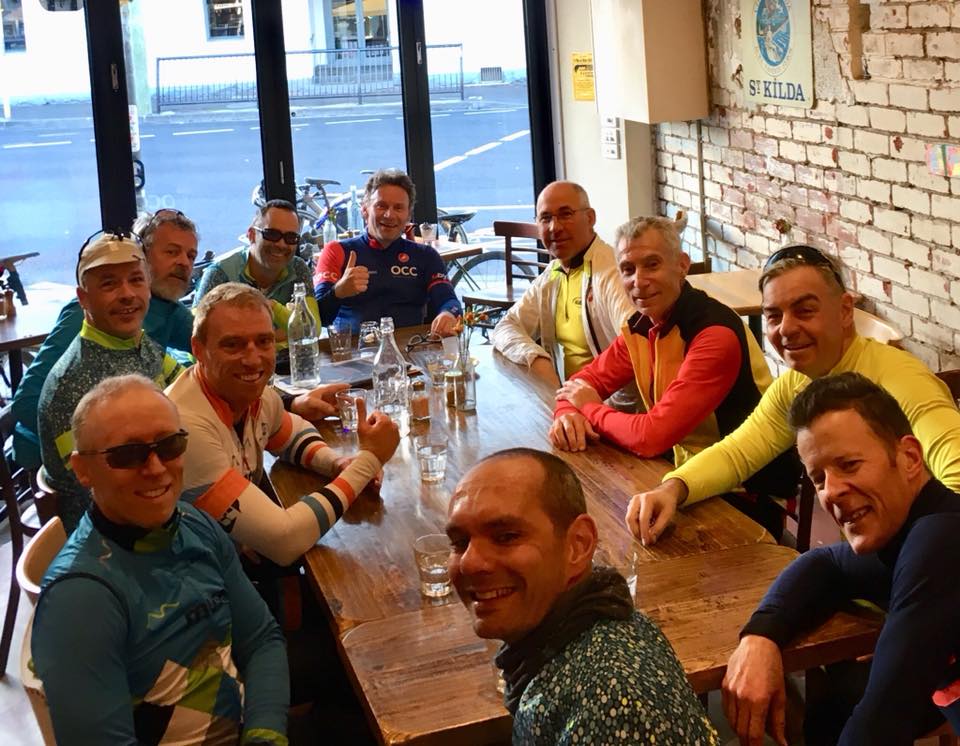 Commended – Paul Antony
Gran Sasso, Italy. Not a lot of people know this, but Paolo is a huge One Direction fan. 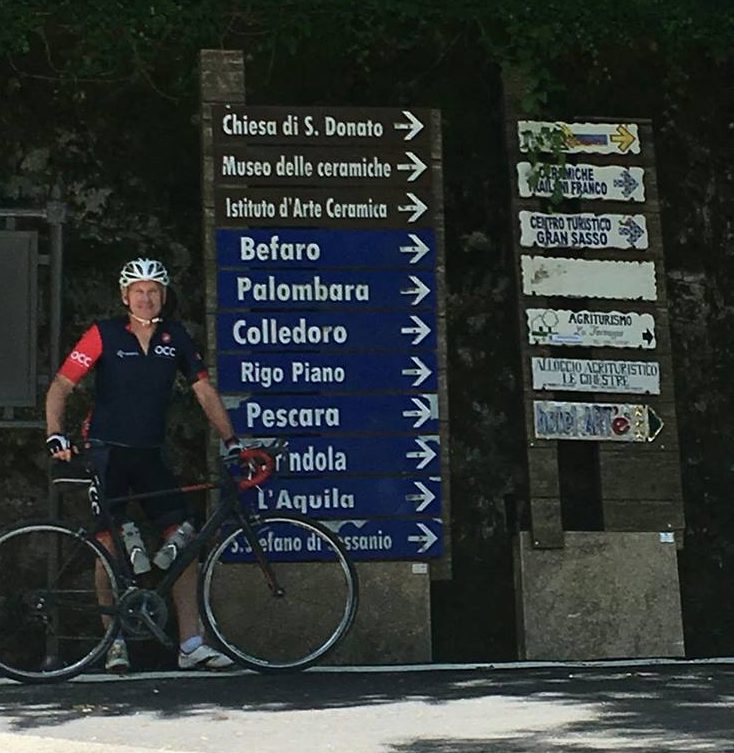 Highly Commended – Andrew Webb
All smiles after conquering the infamous Beast of Provence, Mont Ventoux, from the town of Bédoin . 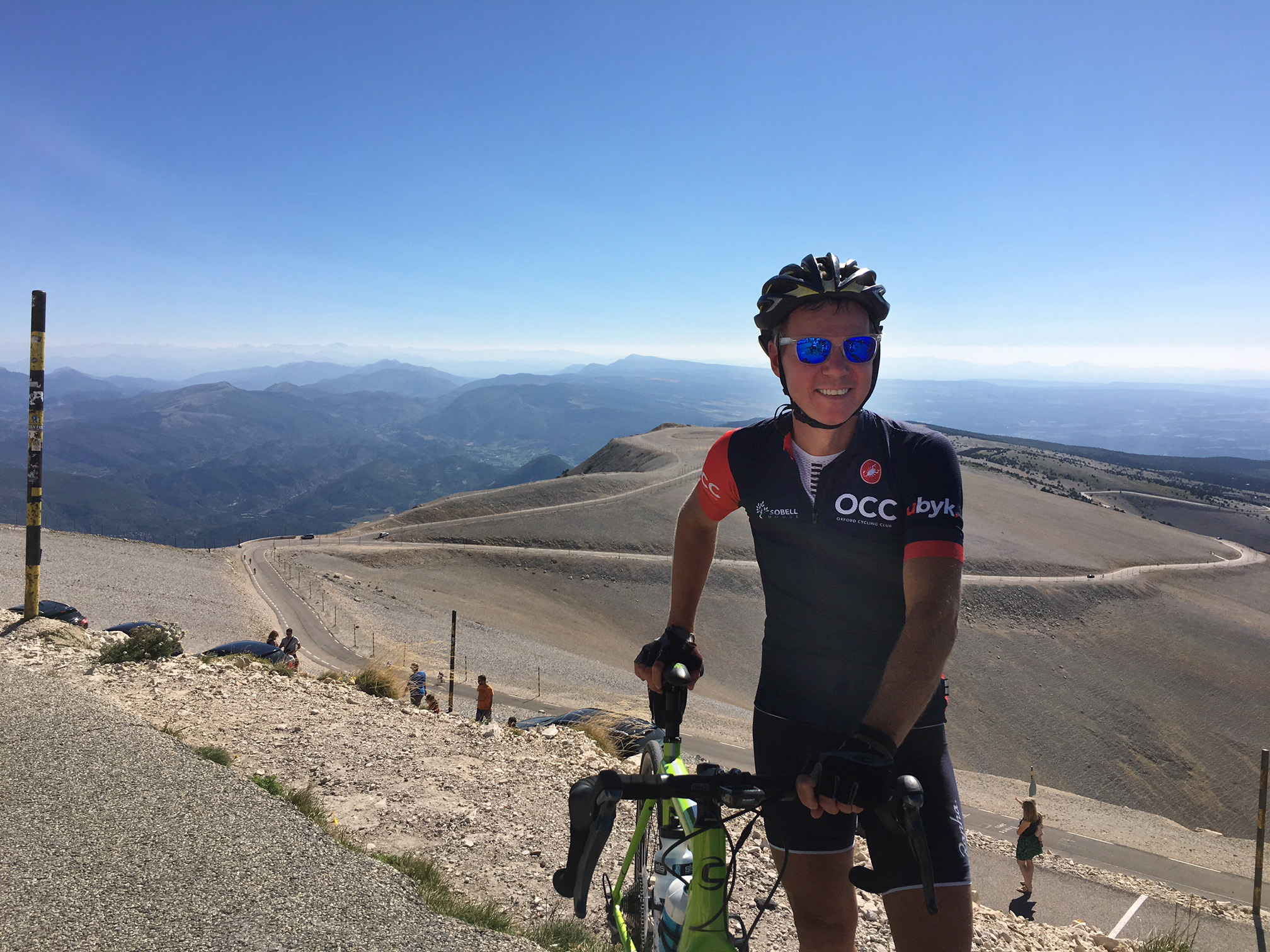 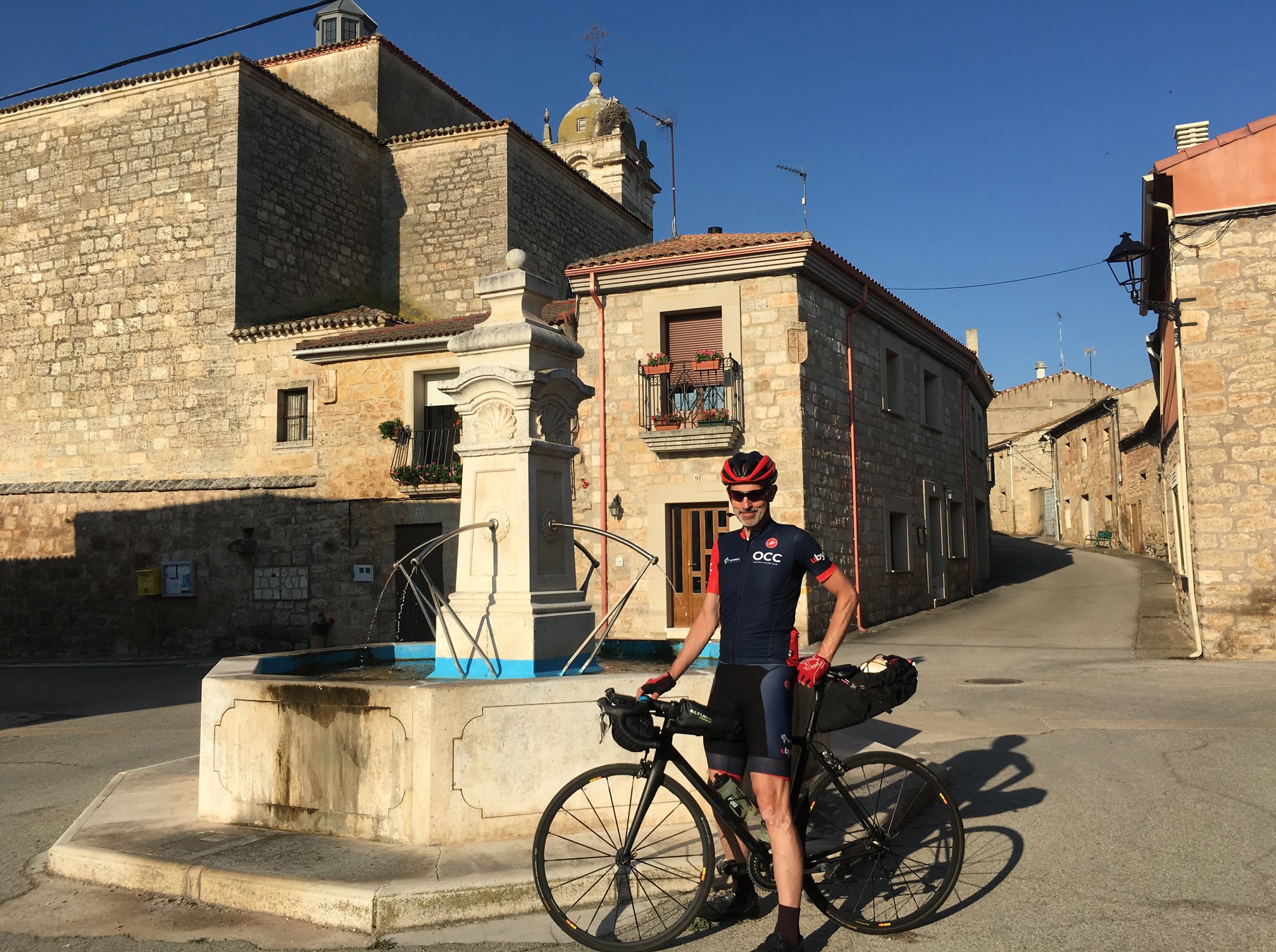 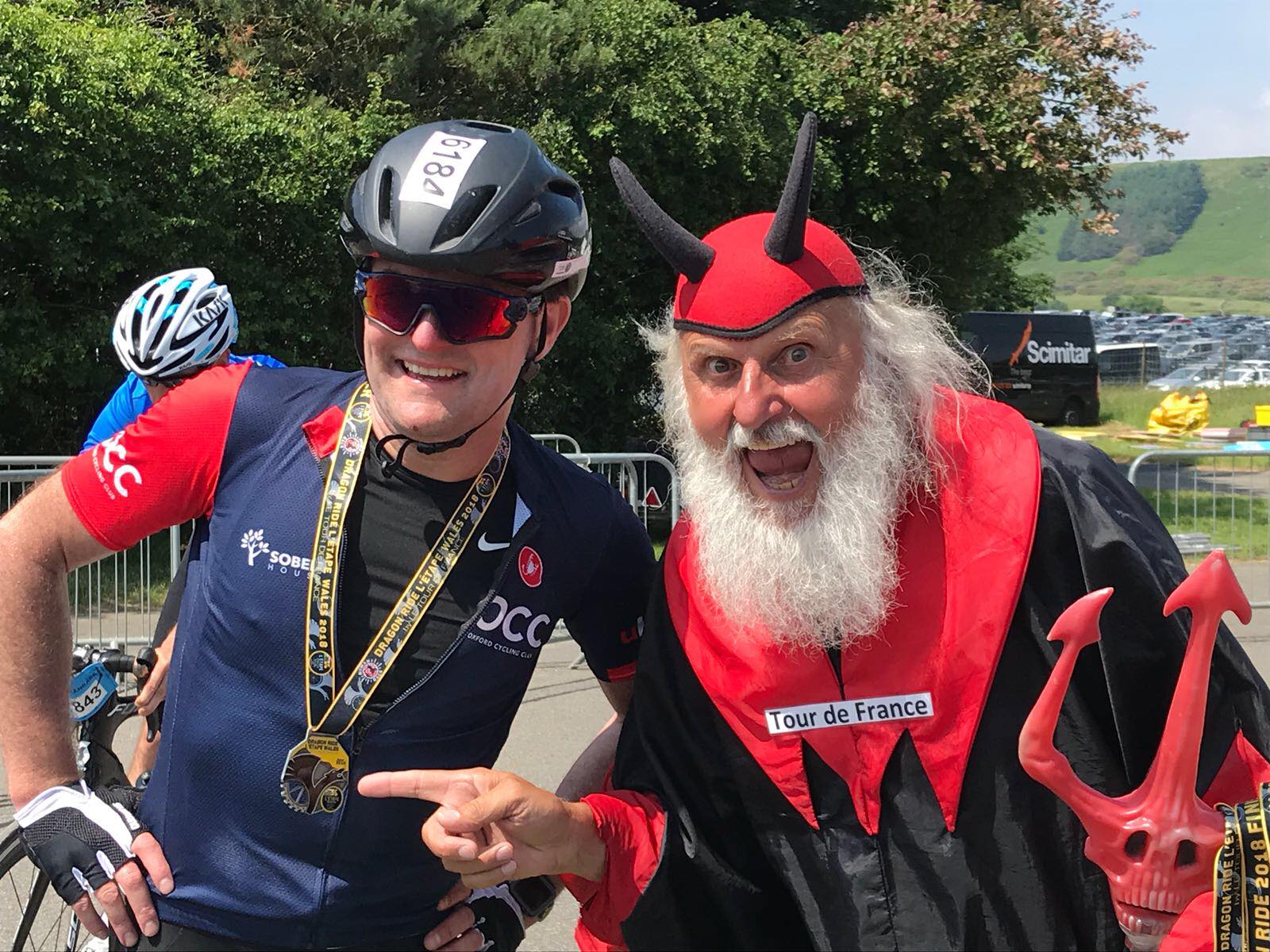 Highly Commended – Claire Milligan
The Rocacorba is arguably the toughest climb in Catalunya and one of the reasons David Millar, Dan Martin and a host of pro riders have based themselves in the city of Girona. 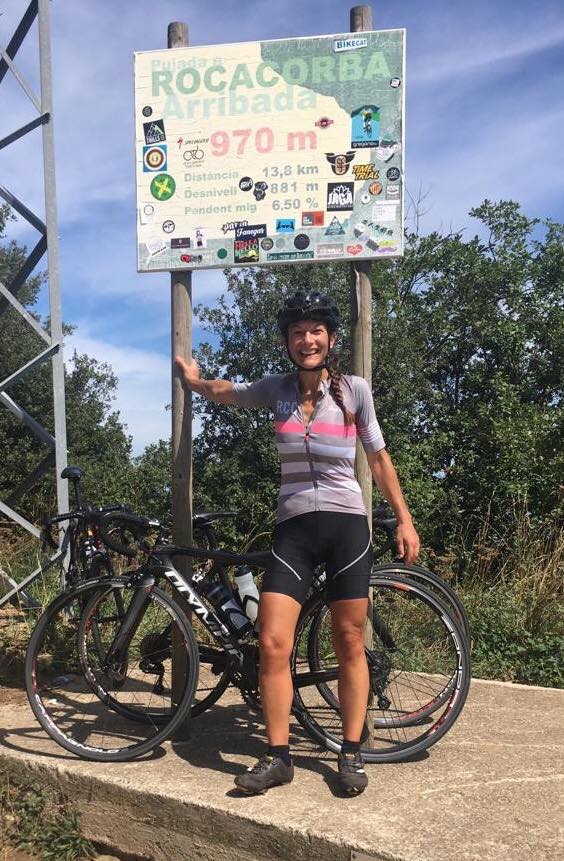 Highly Commended – Mike Lowndes
Yes, it’s another entry from the southern hemisphere, and this time he’s moved a little further south to Wellington in New Zealand, where he roped in former club mate, resident Kiwi and good friend, Hans van der Voorn (and a couple of mates) for a windy, wet and very lumpy ride. Great effort Mike. Close, but sadly not to be. 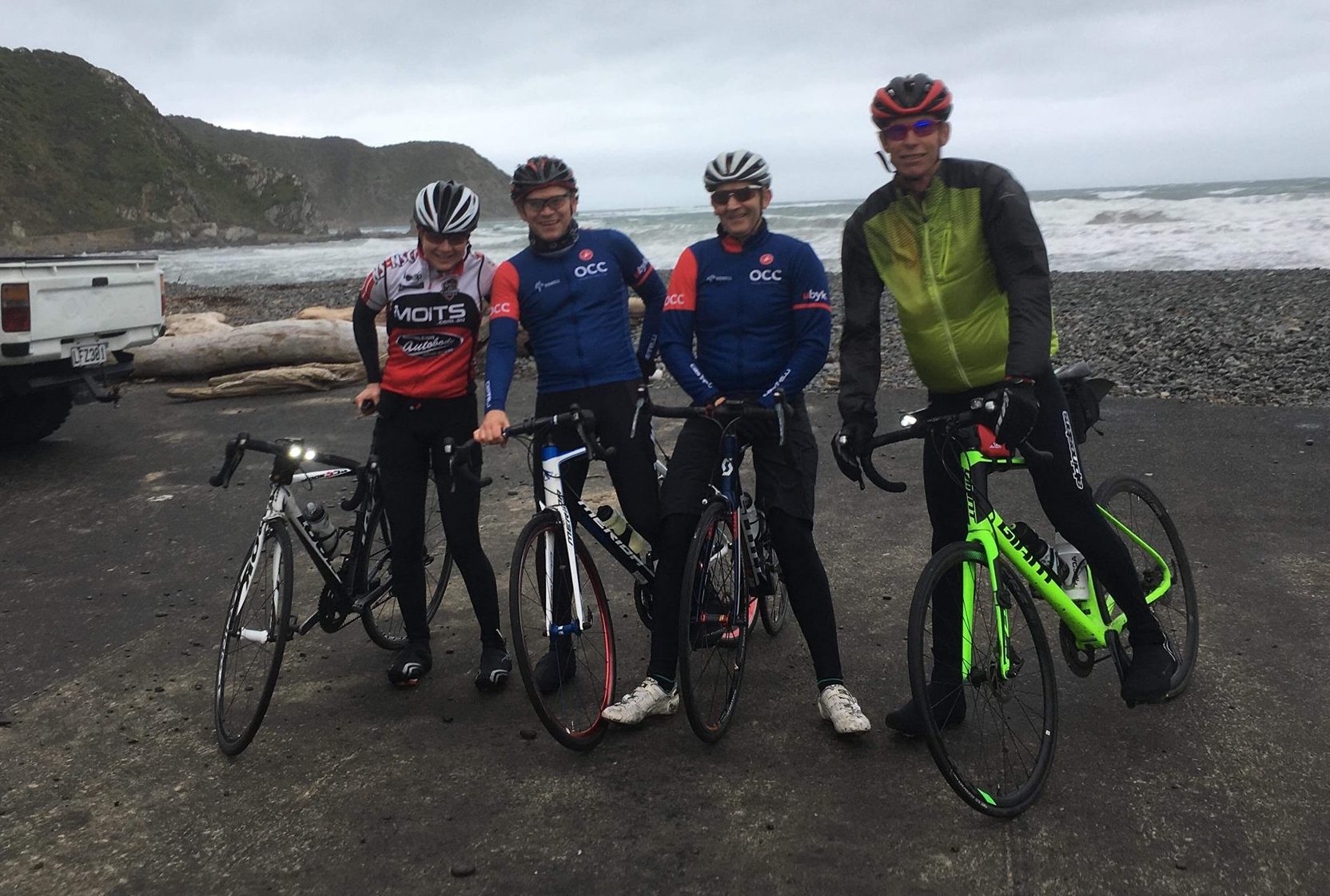 And so, finally, to our winner.

Unanimously picked by the judges, the 2018 OCC ‘Where I Rode This Summer’ Photo Competition, goes to the inimitable MARK OSBORNE for his wonderful shot taken on the summit of the Pico del Veleta, the highest paved road in Europe, in Spain’s Sierra Nevada.

Congratulations to Mark and enjoy spending the £30 Wiggle voucher coming your way and hopefully it will go towards a component for the next bike build or a vital piece of equipment for your next adventure.

A worthy victor but “Chapeau!” to all our entrants. You’re all winners, but you knew that already. 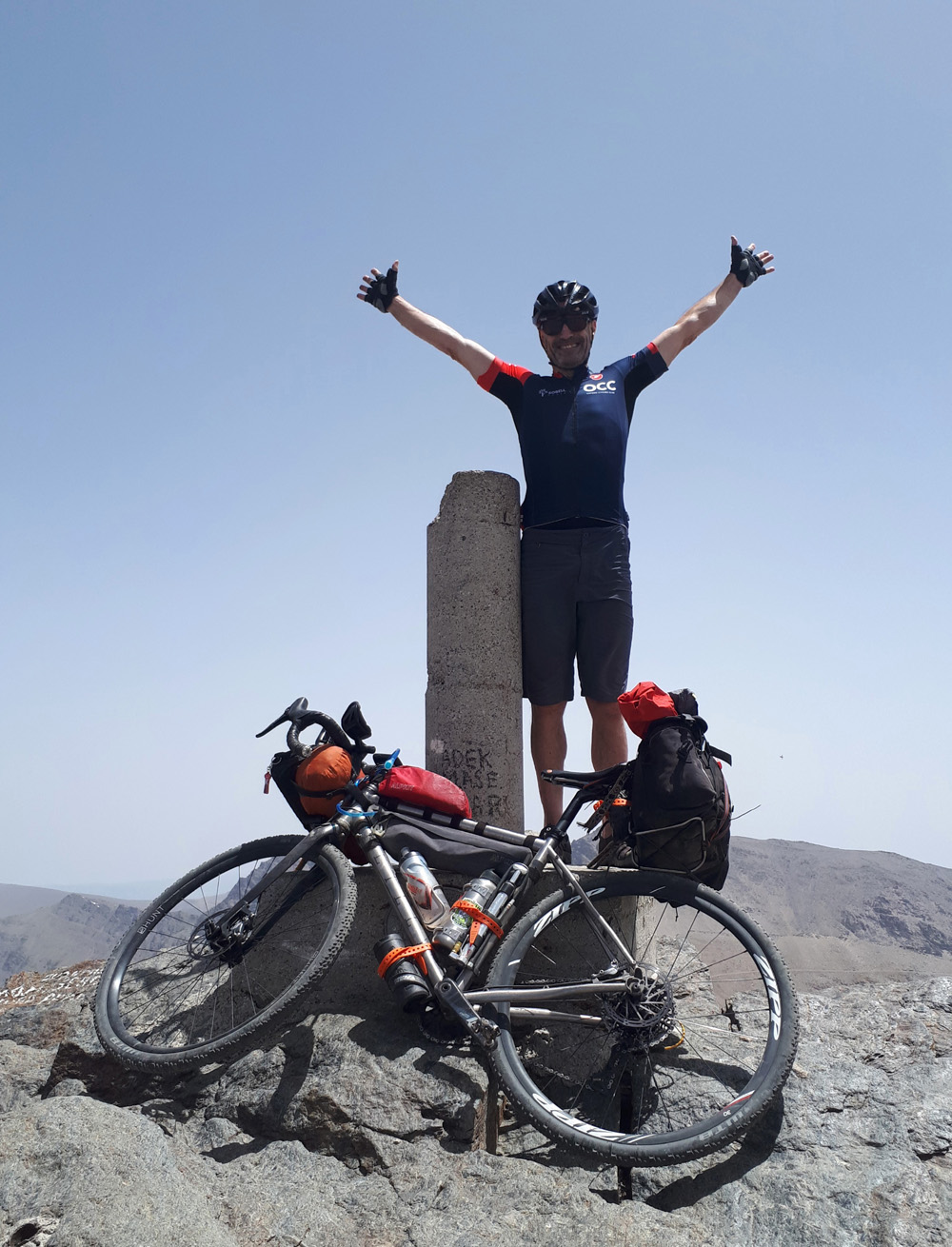 “We were impressed by how friendly OCC were, and how tightly and well you ride.”