If you’ve returned from a pootle to the Ridgeway and back recently, with your chest puffed out, chuffed that you’d clinched a few PB’s on obscure Strava segments, then ready yourself to be humbled and prepare to doff your proverbial cap to a sextet of OCC members who have smashed some of the biggest European sportives this summer!

First up, Brian Cooper, Alan Penny and Mark Osborne, who rode the Mallorca312 on the last weekend of April. Not your usual Saturday club run this one: 194 miles, 5050 metres of climbing, headwinds, Garmin failures and a staggering 22mph average for the final twenty miles! Amazing achievement guys . . . and they even managed to ride the following day! 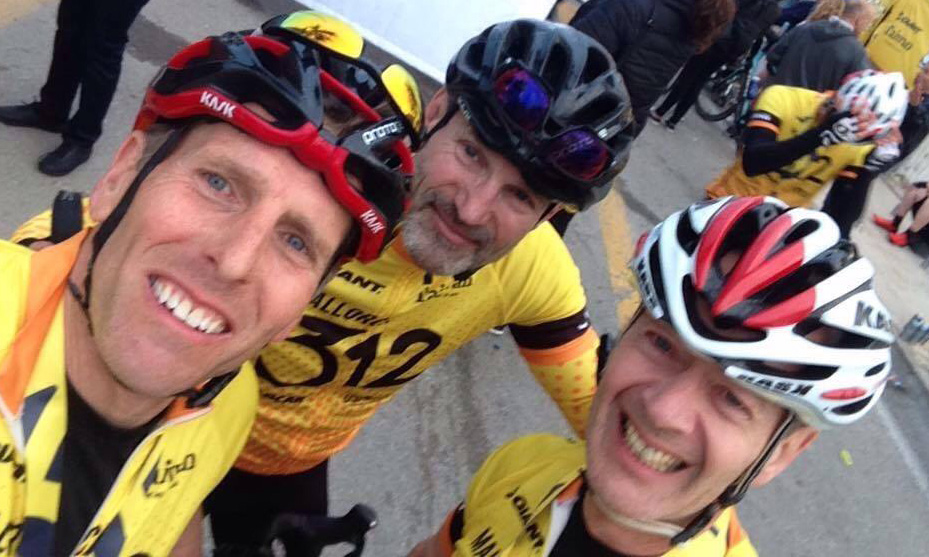 Alan, Mark and Brian, all smiles after the Mallorca312.

In early July, Claire Milligan and Danny Wright  took on the mighty Maratona in the spectacular scenery of the Dolomites. This is a sportive that is on the bucket list of many cyclists (OCC members James Piggot and Paul Antony took part in the event in 2016), but both Danny and Claire have had some bad luck with injury and ill-health over recent months, which makes their achievement all the more impressive! 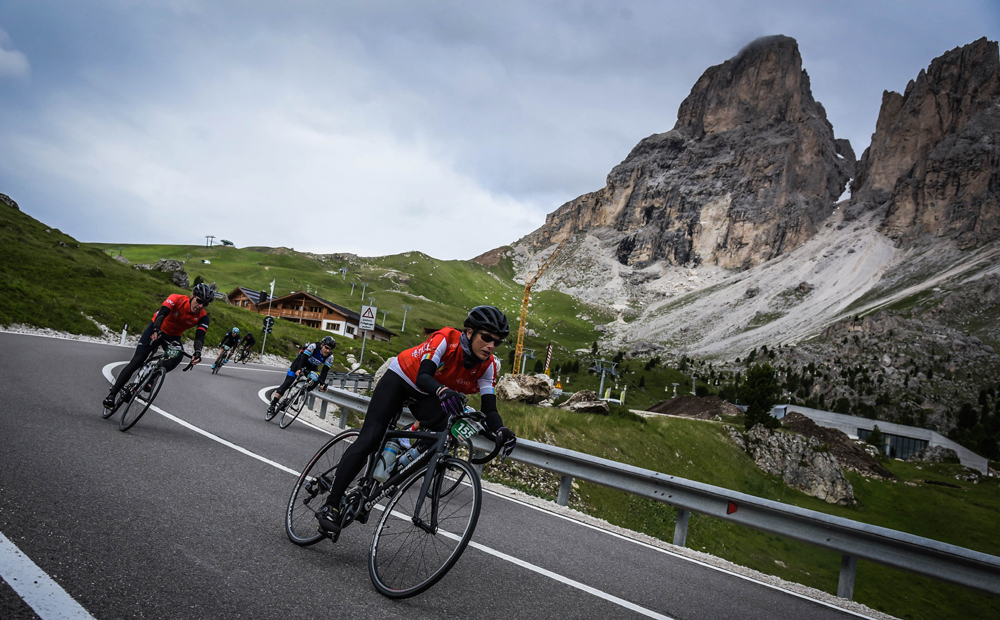 Danny struggling to hold Claire’s wheel on one of the many descents during the Maratona dles Dolomites.

Judging by the smiles as they enjoyed a post-ride beer, their week of pre-Maratona training in the Swiss Alps well and truly paid off, both enjoying a fantastic ride over the 138km parcours, which entailed several major ascents, including the Passo Giau, which regularly features in the Giro d’Italia. A total of 4230 metres of climbing, but thankfully in dry, but cold conditions – that beer must have tasted “molto fantastico!” 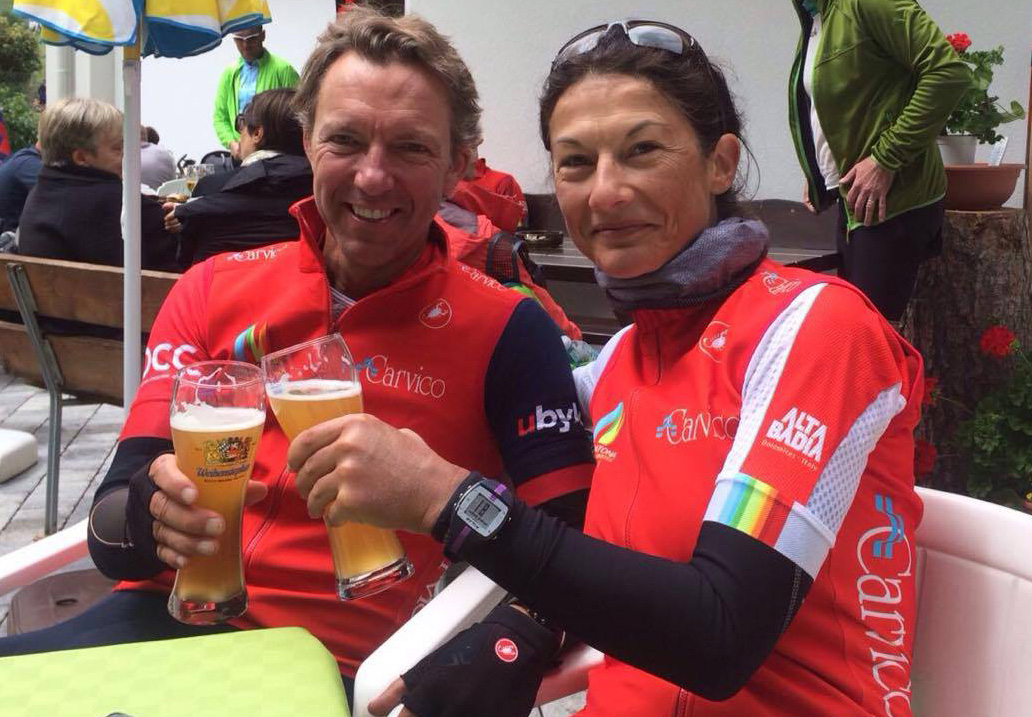 Meanwhile, on the same weekend, but a few hundred miles away to the west in the French Alps, Jonathan Mason was having a second stab at the infamous Marmotte, a fiendishly demanding 174km (108 miles) event that takes in several iconic climbs, including the Galibier and Alpe d’Huez, amounting to a total of 5180 metres of climbing! 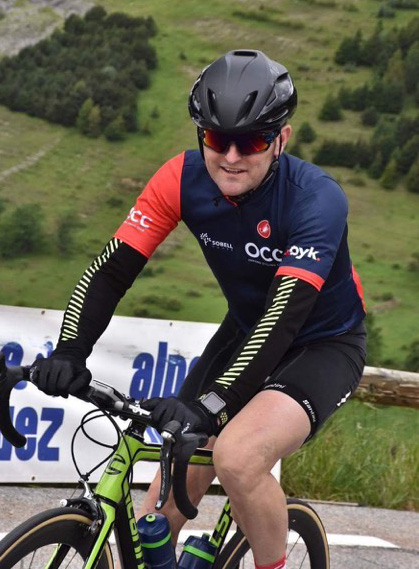 Jonathan’s impressive time of 7:02:34 easily secured him a Brevet d’Or (Gold Medal), with a finishing position of 358th out of a total of 7,500 riders and in 100th place in the 40-49 age group. The picture of him was taken on the final, gruelling climb of the day, Alpe d’Huez, and he even had enough energy in the tank to flash a smile for the photographer!

Six magnificent and epic rides, so congratulations to you all! You’ve done your club proud! “Chapeau!”

“It doesn’t matter whether it’s raining or the sun is shining or whatever: as long as I’m riding a bike I know I’m the luckiest guy in the world.”